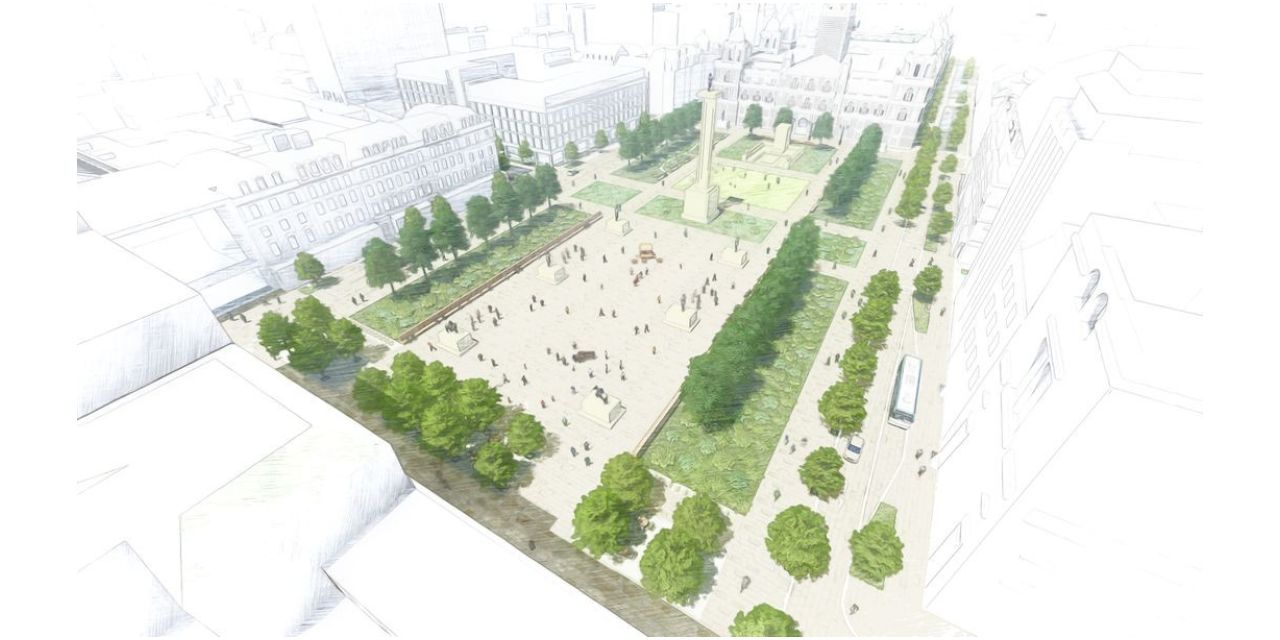 A final public engagement exercise with the people of Glasgow on the future design of George Square and the surrounding Avenues has begun.

The engagement will inform the final design of both the Square and around 2.5 kilometres of the surrounding streets in what is the George Square Area Project, aka Block C of the Avenues programme for Glasgow city centre, funded though the Glasgow City Region City Deal.

Councillor Susan Aitken, Leader of Glasgow City Council, said: "Glasgow deserves a civic heart that reflects the great, welcoming, vibrant city that it is - and I'm pleased people from all over the city have taken their opportunity to tell us what George Square means to them and what they would like to see it become. This final engagement will not only see their thoughts on our city's most historic and loved public space take shape; but also give Glaswegians a final chance to influence the final design."

The final stage will feature online engagement at https://www.ourplaceglasgow.com/get-involved/george-square, a pop-up display in George Square and a series of sessions with stakeholder groups.

The initial sketch for George Square provides a base for discussion - not a fully-developed option - during this final engagement, an exercise that will consider a diversity of views to help deliver a concept design.

The redesign of George Square is being delivered alongside with the surrounding Avenues over two phases. The first phase will see George Square, John Street, Hanover and Miller Street, a section of North Hanover Street and Cochrane Street commencing construction in 2024 with completion due in 2026. The second phase of construction - at St Vincent Street, George Street, Dundas Street and Dundas Lane - will be completed in 2028.

The scheme is part of the wider £115million Avenues project - a network of new, attractive, accessible, safe, sustainable and easily-maintained routes throughout the city centre that are people-focused, encourage active travel and are more attractive to residents, workers, visitors and investors.