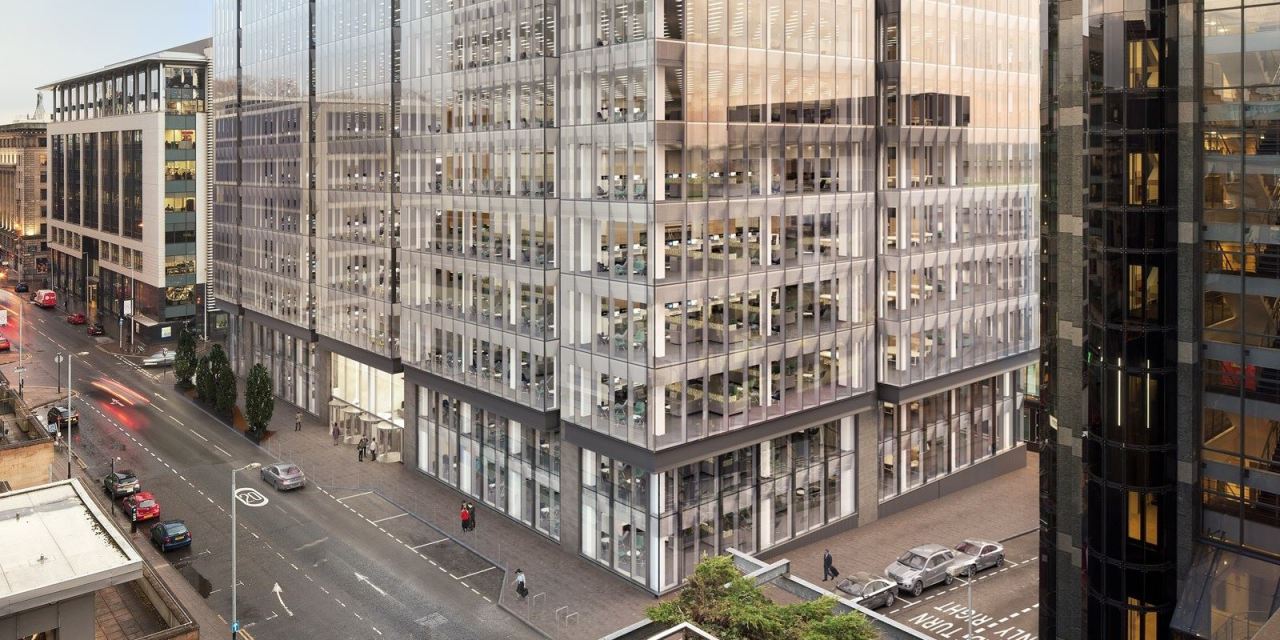 A flagship Glasgow office development has been sold in a deal worth around £215 million.

The deal, which signals a major vote of confidence in the Scottish office market, comes shortly before work is completed on the 315,000 square foot development, where HFD has pre-let space to blue chip tenants Virgin Money, BNP Paribas, AECOM, CBRE, and Transport Scotland.

Bellshill-based HFD announced last week that it will relocate its headquarters from Strathclyde Business Park to the building, where it has taken over the top floor.

The Grade A 177 Bothwell Street promises to be one of the most sustainable office buildings in Glasgow. HFD said the building will be supplied with energy from the Blantyre Muir Wind Farm in South Lanarkshire, and it is also targeting an EPC rating of A and BREEAM ‘Excellent’ standard.

Moreover, 177 Bothwell Street is the first Scottish property to have committed to attaining the new SmartScore accreditation for smart buildings, and has already achieved a platinum WiredScore certification, a standard recognising that future occupiers will have the best connectivity available.

Features will include a rooftop terrace and running track, 318 cycle spaces, electric vehicle charging points, and touchless technology throughout the building.

An independent economic impact assessment concluded that the 315,000 sq ft development will generate £2.8 billion of gross value added to the Scottish economy over 25 years.

·        🤝 It is the largest Scottish office investment transaction
·        🏢 It is the largest deal involving a single multi-let office building in the regions and the third biggest sale of a single office property outside London
·        💷 In terms of pricing, the sale reflects one of the highest capital values for a £100 million-plus office in the regional office markets.